For the Lion: Interomancy Support

Hi all its Neil here with some more Dark Angels in my For the Lion series.  The latest editions to my Dark Angels force are a pair of Librarians to help interrogate those pesky Fallen once the Deathwing have captured them.  I've gone for a Terminator armour librarian and a Primaris one with Phobos armour giving me two quite different ways to use them on the table. 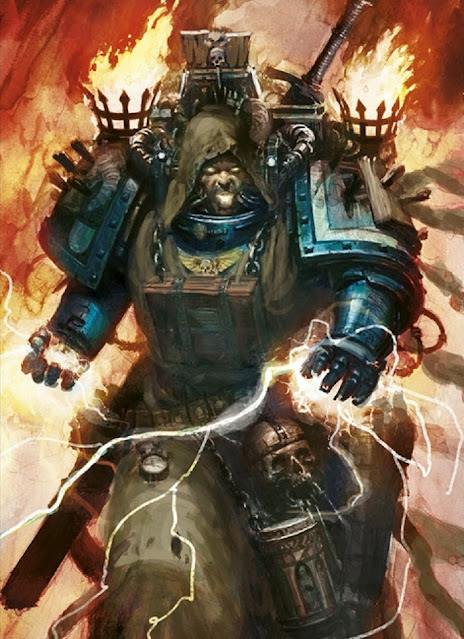 For painting the pair the main choice was on how to paint up the blue of their armour as it's a new colour to the palette I've been using for the Dark Angels.  I went in the end with the following steps:
This colour keeps the dark look of the majority of the Dark Angels while making them stand out easily as blue rather than black or the dark green.  The other big choice was on the camo cloak as something that I'd not needed to do before so I chose to paint it in the classic Dark Angels green to tie him into the rest of the Greenwing side as well as be enough of a camo cloak that it looks sensible for that role (though my Dark Angels are based for snowy rubble so maybe not the best choice for that Librarian). 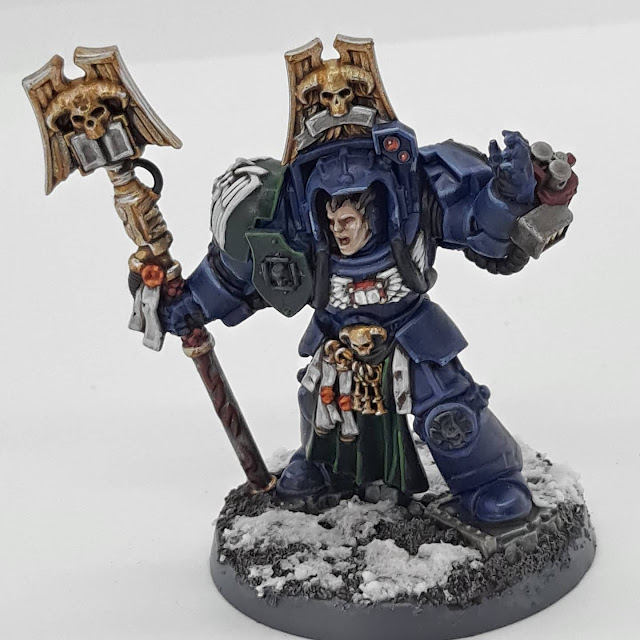 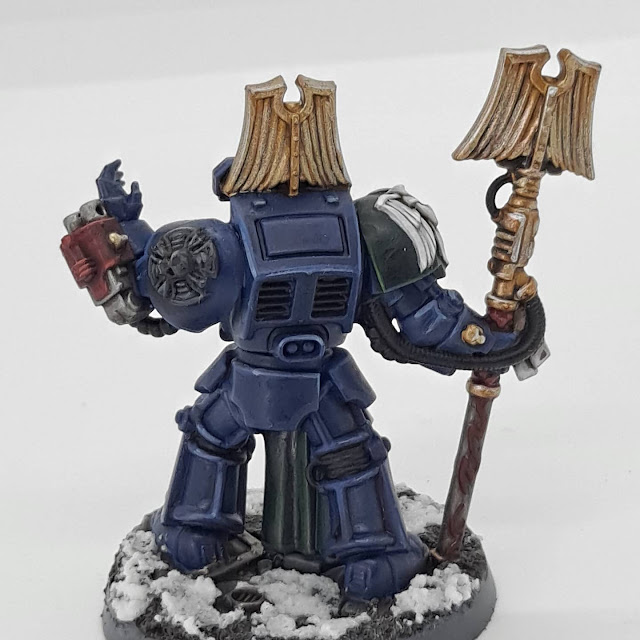 Gaming wise both are useful, the terminator librarian is well suited for running in a Deathwing Vanguard Detachment while the phobos is more for mixed lists with both bringing access to the very useful Interomancy discipline that can boost your troops and debuff your enemy allowing greater control over the game.  Ideally I would have also liked to get a Ezekial but I kind of want to wait for a Primaris or at least plastic version of the model as the metal current one is showing its age. 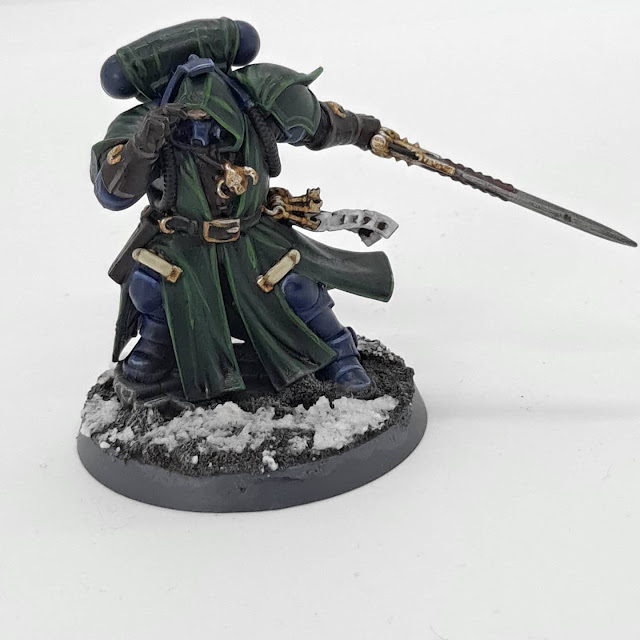 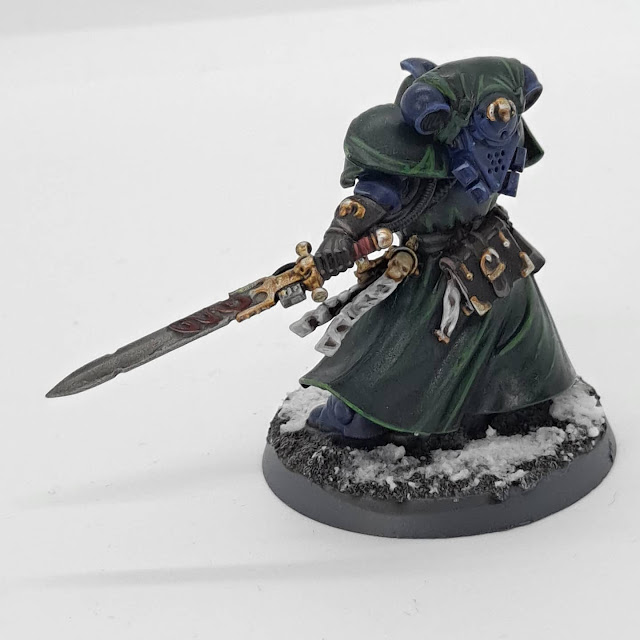 Next up for the Dark Angels will probably be some armoured support in the form of a Gladiator, which I think is such a cool tank so its pretty likely to be the next unit.  If you want to see what I'm currently painting or with COVID restrictions potentially gaming pics, you can check out my Instagram where I post up stuff reasonably regularly. I'll see you around soon for some more For the Lion posts and Dark Angels!
By Neil H 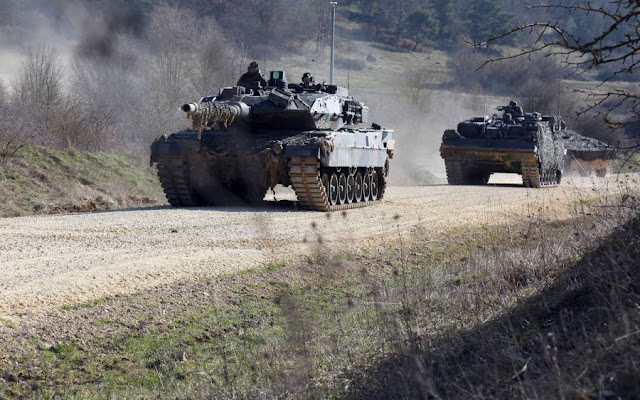